Who decides what speech is "harmful"?
Sean Rife

Under what circumstances should speech be prohibited? In a recent op-ed, psychologist Lisa Feldman Barrett attempted to answer this question, which has long dogged modern democracies.

Different societies have different levels of speech restriction. The United States is relatively unique, with freewheeling protections of even the most odious ideas, short of those that directly incite violence. In contrast, most European countries and Canada have injunctions against “hate speech,” which is broadly defined and always subject to expansion. In all instances, the key question is, simply, “What speech should be prohibited?” or more to the point, “Who should determine what speech should be prohibited?”

In contrast, it is uncontroversial to state that the unprovoked instigation of physical violence is wrong and should be illegal.

Feldman Barrett — implicitly recognizing that violence is and should always be prohibited — proposes that, in fact, some speech actually does do violence to the human body. In particular, citing various studies, she argues that chronic stress can cause physical maladies. As such, sometimes speech is, in effect, violence. When it is, the speech in question should be prohibited on campuses. She states:

If words can cause stress, and if prolonged stress can cause physical harm, then it seems that speech — at least certain types of speech — can be a form of violence. But which types?… The scientific findings I described above provide empirical guidance for which kinds of controversial speech should and shouldn’t be acceptable on campus and in civil society. In short, the answer depends on whether the speech is abusive or merely offensive.

She goes on to argue that someone like Milo Yiannopoulos — who is known for his antagonistic, vapid rants against all things left — should be prohibited from speaking because he is part of a “campaign of abuse.” On the other hand, someone like Charles Murray — a respected social scientist with a long history of making controversial arguments — offers a scholarly position worth debating.

The article is short and well worth a read beyond my simple summary. It’s also fundamentally flawed on numerous levels.

First, I think Feldman Barrett’s confidence in the literature on the effects of chronic stress on physical health is not justified.

We can say with confidence that chronic stress, broadly defined, is bad, but that’s about it.
She cites a short list of studies, all of which suffer from absurdly small samples, small effect sizes (i.e., they provide little evidence of real-world importance), or reliance on animal models that do not neatly translate to humans, who have exponentially more complicated dominance hierarchies than lab rats. Some of the findings she presents are called into question in other journal articles, and I suspect that many more studies remain languishing on the hard drives of frustrated researchers who cannot get scientific journals to publish findings that do not neatly translate into newspaper headlines (“Here’s why stress is killing you”).

At best, our understanding of chronic stress in humans is primarily through correlational studies that do little to establish causal relationships. We can say with confidence that chronic stress, broadly defined, is bad, but that’s about it. With respect to specific stressors and outcomes — as well as the mechanisms linking the two — this body of scientific literature provides no firm conclusions. It’s certainly not the kind of thing on which one would want to base a fundamental realignment of constitutional interpretation or institutional policy.

The Problem with Defining “Harmful” Speech

But the larger problem with Feldman Barrett’s argument is logical rather than empirical. For the sake of simplicity, let’s say that her position is on firm scientific ground. What would this imply? There are a number of issues here, but they all relate to an underlying theme: Who decides what constitutes “harmful” speech? I submit that what one considers “harmful” is really about ideology — not science.

The list of speech-related activities that generate chronic stress could be staggeringly long, since there is a near infinite list of things that elicit chronic stress. As a college professor, I’m sure many of my students would argue that exams fall into this category. Should they be prohibited? A logical response would be of course not, because exams are an essential component of any serious educational venture. They are valuable. A speaker who does nothing but spout inflammatory rhetoric does not meet this criterion.

But now we’re back to deciding what speech to ban based on a subjective value judgment. Someone, somewhere, must use some set of criteria to determine whether the content of the speech in question has value. This proposition holds far more inherent danger than anything Yiannopoulos and his ilk could ever utter from a podium at Berkeley.

To her credit, Feldman Barrett has said elsewhere that she believes the views of a “reasonable person” (known in legal circles as the Miller Test) should be used to differentiate acceptable from unacceptable speech. This standard has long been advocated as a means of curtailing so-called “obscene” materials such as pornography, and carries with it a plethora of implications that highlight the difficulties associated with piecemeal bans on different types of speech. We must ask ourselves: Would a “reasonable” person in a country that elected Donald Trump as its president say that Yiannopoulos should be given a platform?

On the other hand, to cite Feldman Barrett’s original example: Are there not people who view Murray’s work as “noxious, a campaign of abuse” that is void of any scholarly value? I dare say there are many — particularly at Middlebury College (where protesters disrupted Murray’s speech and assaulted him and a professor) — who would answer in the affirmative. In fact, I’ve met quite a few people who have made this exact argument.

In short: if you don’t like what a speaker has to say and find their speech to be stressful, don’t listen to it. Problem solved.

In contrast, imagine being a conservative on a left-wing college campus. This type of experience does match the description Feldman Barrett provided: it is an environment overtly hostile to one’s closely held beliefs, and there are plenty of students of this type who report being harassed or feeling uncomfortable on campus due to their views. That Feldman Barrett focuses on a right-wing speaker and isolated incidents of right-wing speech that are easily avoided suggests that she is concerned about more than the physical effects of speech. Rather, these arguments suggest that her concern is about the content of the speech as well.

This example is even more instructive when the group in question is more controversial. Imagine the experience of white nationalists residing in an otherwise progressive society that routinely shuns them and provides a sustained campaign against their views. I have no doubt that this produces chronic stress, but I also doubt that Feldman Barrett would be willing to come to their defense. (Nor would I. Holding such an odious view on such an important issue has its consequences, and most of us will rightly reserve our sympathies for other causes.)

Feldman Barrett could attain some intellectual consistency by arguing that speech advancing the idea of moral equality among the races should be prohibited due to the stress it produces for this group, but I’m not holding my breath.

I suspect that what motivated Feldman Barrett to write that column is the simple fact that she and many other people on the left really, really want to keep people like Yiannopoulos from speaking on college campuses, and they are willing to undergo all manner of logical acrobatics to defend such a position. Such moral intuitions are understandable, if not admirable: Yiannopoulos is an indignant provocateur who does nothing to advance the state of civil discourse (in fact, he almost certainly damages it).

But I would suggest that the cure, in this case, is worse than the disease. 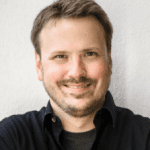