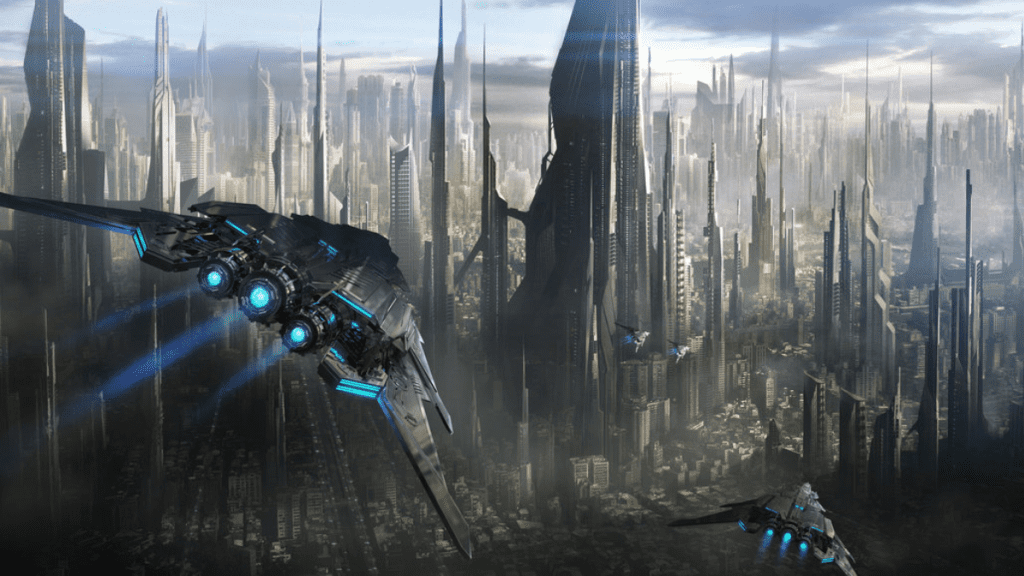 Do you dream of a free future?
Are you looking for challenging speculative fiction that wrestles with big ideas?
Are you interested in how such fiction “can promote an appreciation of the value of liberty as the prerequisite for cooperation, peace, prosperity and a just society”?
If you answered yes to these questions, you should check out the Libertarian Futurist Society.
The Prometheus Awards
Now is the perfect time to get to know the Libertarian Futurist Society, because summer is award season.
Every year the LFS sponsors the Prometheus Awards. They were established in 1979, making them some of the longest-lived awards in science fiction after the Nebula and Hugo awards, and one of the oldest fan-based awards currently in the genre. Representatives of the LFS have presented Prometheus Awards annually since 1982 at the World Science Fiction Convention.
As the LFS website explains,

For more than three decades, the Prometheus Awards have recognized outstanding works of science fiction and fantasy that dramatize the perennial conflict between liberty and power, expose the abuses and excesses of coercive government, critique or satirize authoritarian ideas, or champion individual rights and freedoms as the mutually respectful foundation for civilization, cooperation, peace, prosperity, progress and justice.

You can also take part in the process. Any member may nominate works to be considered for future awards.
On July 11, 2016, The Libertarian Futurist Society announced the Best Novel and Hall of Fame winners of the 36th annual Prometheus Awards to be presented during the 74th World Science Fiction Convention, which will be held on August 17-21, 2016, in Kansas City, Missouri.
2016 Prometheus Award for Best Novel
Seveneves by Neal Stephenson (William Morrow) has been chosen by LFS members as the 2016 Best Novel winner for works published in 2015. The LFS press release describes it this way:
This epic hard science fiction novel, about a cataclysmic event that threatens human civilization and the planet Earth, avoids ideology while dramatizing how a lust for power almost wipes out humanity but also how the courage to face reality and tackle overwhelming problems through reason, individual initiative and the voluntary cooperation of private enterprise help tip the balance towards survival, as a small group — including some of Earth’s bravest and richest entrepreneurs — risk their lives to save humanity. (Stephenson also won the Prometheus Award for Best Novel in 2005 for The System of the World.)
The other Best Novel finalists for 2016 are as follows:

2016 Prometheus Hall of Fame Award
Courtship Rite by Donald M. Kingsbury (published in 1982 by Simon & Schuster) will be inducted into the Prometheus Hall of Fame for Best Classic Fiction this year. The LFS press release describes it this way:
Set on a planet in a remote solar system, where human colonists struggle with a harsh environment, the novel explores the mathematical concept of optimization in biological evolution, in political institutions, in culture, and in personal ethics through an absorbing story that links dramatic struggles over political ambition and the creation of a family. (Kingsbury also won the Prometheus Award for Best Novel in 2001 for Psychohistorical Crisis.)
The other 2016 Hall of Fame finalists are as follows:

In addition this year, a Special Award will be presented to Alex + Ada, a graphic novel by Jonathan Luna and Sarah Vaughn that “dramatizes conflict over the rights of artificial intelligences and explores the nature of personhood.”
Want more to explore? Check out the resources below. 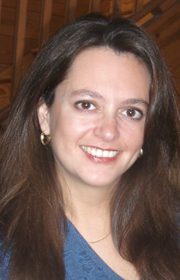 Amy H. Sturgis earned her Ph.D. in intellectual history from Vanderbilt University, specializes in Science Fiction/Fantasy and Native American Studies, and teaches at Lenoir-Rhyne University. In addition, she contributes the regular “Looking Back on Genre History” segment to StarShipSofa, which in 2010 became the first podcast in history to win…