Did you get embroiled in all the social media debates last week about Trump’s tweets concerning transgender people in the military? I sure did. Today, I don’t want to talk about the substance of those presidential tweets, but about their authority — or lack thereof.

Does the president even have the authority to ban transgender people from serving?

I am not a lawyer, of course, so it did occur to me to ask lawyers to weigh in, and what I mostly heard was that there’s some precedent for granting the president this latitude.

My contention is that this is all a big mistake.

The Constitution plainly says that the president is the commander-in-chief of the armed forces. But it just as plainly says that the Congress is charged with making rules for the government and regulation of the armed forces (and of course, appropriating funds for them). So the Framers distinguished between commanding and constituting the military, not merely because they mention these functions separately, but because they assign one to the executive and one to the legislature.

We have become used to thinking about the president as an all-purpose “leader” or “boss” (or worse, “ruler”), but this is plainly not how the federal government is meant to operate.

Congress is tasked with deciding whether to go to war at all, raising money to support troops, and making rules for their constitution and makeup. When all that is done, and the troops are in the field, the president commands them. That is the extent of the president’s “commander” function.

That this idea seems unfamiliar to modern audiences tells us only that we have let our representatives in the legislature act irresponsibly and contrary to constitutional mandate.

The more limited the power of the government, the more securely individual rights are protected.
This kind of argument may strike some as moot, because, as my lawyer friends noted, we have years of precedent for Congress acquiescing to this. But it matters, as much as the very idea of “checks and balances” matters. You may recall that expression from junior high — it’s the idea that by separating the government’s executive, legislative, and judicial functions into separate branches of equal stature, none of them can amass too much power.

Overreach by one branch could be countered by the other two, with the result that power remains limited. The more limited the power of the government, the more securely individual rights are protected.

Being “fussy” about separation-of-powers issues is not mere nitpicking. The alternative is Caesar, Napoleon, and every third-world dictator. Checks and balances are vital to our not becoming a society ruled by that sort of despot.

This means there’s one other lesson to keep in mind: the ends don’t justify the means. We should be wary of endorsing a misuse of power just because we like the outcome, and should instead be sure it’s a legitimate exercise of power. The power of the president to do something I like is also the power to do something I don’t like.

And a stronger executive is probably an even greater danger to individual rights than the legislature can be. People of all political persuasions should work together to restore respect for the separation of powers. 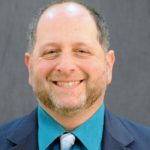