Nicholas A. Snow
Role of Government

Herbert Hoover famously called alcohol Prohibition the “Noble Experiment,” and it certainly began with noble intentions. Prohibitionists expected the absence of legal alcohol would solve a plethora of social ills created by drinking. Their hopes were summed up by the preacher Billy Sunday, who, on the eve of Prohibition, exulted, “The reign of tears is over, the slums will soon be a memory; we will turn our prisons into factories and our jails into storehouses and corncribs. Men will walk upright now, women will smile, and children will laugh. Hell will forever be for rent.”

For “dry” advocates, alcohol represented a threat to society, particularly to the family. A vote for Prohibition was a vote for a healthy family. Who could possibly be against that?

And there were soon an abundance of repeal groups: The Association Against the Prohibition Amendment, The Crusaders, Labor’s National Committee for the Modification of the Volstead Act, Republican Citizens Committee Against National Prohibition, the United Repeal Council, and so on.

But arguably, and surprisingly, the greatest foes of Prohibition were women — surprising, perhaps, because women had played such a prominent and crucial role in the passage of the 18th Amendment. Everyone knew that any decent, upright woman was for a dry America. As Ella Boole, the president of the Women’s Christian Temperance Union, declared, “I represent the women of America!”

Surprisingly, the greatest foes of Prohibition were women.

Not only did this turn out to be untrue, women against Prohibition actually helped achieve something unique in American history: the repeal of a constitutional amendment.

One reason the repeal of Prohibition seems so shocking is that it is extremely rare to see major national policies reversed on a dime, because regulations are almost always easier to create than to remove. Public choice theory provides some illuminating, if bleak, explanations for this.

First, voters have little incentive to educate themselves about government policies. This “rational ignorance” occurs because, for most people, the cost of being well informed greatly exceeds the benefits. Thus, voters are often extremely ignorant of many political failures.

Second, the errors made by ignorant voters are not random and therefore don’t simply cancel each other out. Instead, voters’ beliefs are skewed by systematic cognitive and ideological biases. And making matters worse, the cost of indulging such biases is often extremely low, with the result that even simple, easily verifiable facts often fail to persuade the voting public.

Finally, regulations will often create what economist Gordon Tullock called a “transitional gains trap.” Even if a policy is inefficient for society as a whole, it is likely that someone somewhere is benefiting from it, and those special interests will have a powerful incentive to fight to keep it. But while the benefits go to just a few people or groups, the costs are spread out over all of society. Concentrated benefits and dispersed costs make repealing regulations extremely difficult.

So what was different about Prohibition? How did the wets overcome these vast hurdles to repeal? There isn’t one answer, but the arrival of the Great Depression (along with Hoover and Roosevelt’s costly recovery programs) helped create political demand for more government revenue, which taxes on legal alcohol sales could help fill. Another important factor was the role of political entrepreneurs, particularly women, in helping to overcome the ignorance, bias, and interests that stood in the way of repeal.

One of the early supporters of the wet cause was M. Louise Gross, a secretary to a leading Tammany Hall district leader in New York. In 1922, she helped found the Molly Pitcher Club, named after a Revolutionary War folk heroine, which took a stance against Prohibition based on personal liberty and individual rights.

The club did not turn out to be a rousing success and was ultimately forced to go through several reorganizations. What was noteworthy, however, was that Gross and the Molly Pitcher Club helped deconstruct the myth that all women were for Prohibition. In fact, there were women working for repeal almost from the very beginning of the “Noble Experiment.” But it would take a former Prohibitionist and political entrepreneur changing her mind for real change to begin.

By 1928, one supporter of Prohibition, Pauline Sabin, had had enough. She was a wealthy, respected, and politically connected New Yorker, and when Ella Boole declared she represented the women of America, Sabin proudly told The Lookout, “Well, lady, here’s one woman you don’t represent.” After seeing the effects of Prohibition in action, Sabin formed the Women’s Organization for National Prohibition Reform (WONPR) in 1929. As she explained, “I was one of the women who favored Prohibition when I heard it discussed in the abstract, but now I am convinced that it has proved a failure.”

The Molly Pitcher Club helped deconstruct the myth that all women were for Prohibition.

WONPR was important for repeal because it was successful in publicizing the negative unintended consequences of Prohibition. As Sabin explained, “In pre-Prohibition days, mothers had little fear in regards to the saloon as far as their children were concerned… Today in any speakeasy in the United States you can find boys and girls in their teens drinking liquor, and this situation has become so acute that the mothers of this country feel something must be done to protect their children.”

WONPR not only highlighted the costs of Prohibition but also showed why it ran counter to the original temperance goal. Grace Cogswell Root described one incident involving a WONPR activist that highlights the credibility and respectability the organization had earned:

[Mrs. Casserly] was nearly knocked down by a Dry worker, who loudly called out that she must be a childless woman if she wished to get liquor back. Mrs. Casserly replied that she was working against Prohibition because she had four children, and asked the Dry worker how many children she had. Her antagonist, hanging her head, replied that she had none, and walked off. Later she came back, saying that after thinking over their conversation she had realized she was in the wrong, and wished to acknowledge it. Later she signed a WONPR membership card and became one of its workers.

The organization expanded rapidly in its short but highly successful history. At its start in 1929, it had 100,000 members; by 1930, it had 300,000. By the time the 21st Amendment was ratified, repealing Prohibition in December 1933, its membership topped 1.1 million. Contrast this with the Women’s Christian Temperance Union, which at its peak claimed only 372,000 members, and it is easy to see how skilled Sabin and WONPR were at changing minds.

While there were many factors leading to repeal, the efforts of groups like WONPR undoubtedly played a key role in ushering in legalization by educating the public and exposing the ignorance, bias, and entrenched interests surrounding Prohibition. They showed that not only was the “Noble Experiment” a failure, but the truly noble thing to do was to admit it and repeal it. A wet America wasn’t just good for drinkers, it was the right thing to do for all Americans — families and mothers included. 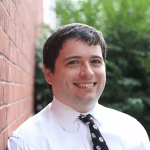 Nicholas Snow received his Ph.D. in economics from George Mason University in 2012 where he wrote his dissertation under Peter J. Boettke. Snow’s research interests are primarily on the political… read more