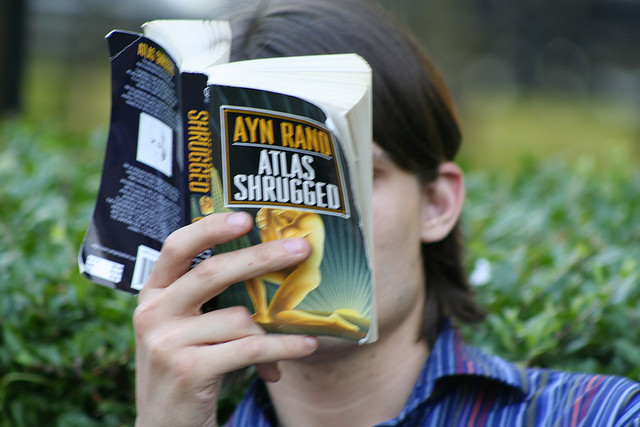 In The God of the Machine, journalist Isabel Paterson (January 22, 1886, – January 10, 1961) offers an original theory of history based on the metaphor of the machine, with humanity as the dynamo. That’s right: one might venture to call this “steampunk political theory.” As one of the “big three” publications of feminist-individualist thought in 1943 (the others being The Discovery of Freedom by Rose Wilder Lane and The Fountainhead by Ayn Rand), Paterson made a significant contribution to the political dialogue of her time.

The God of the Machine is fascinating as a historical text – especially where its descriptions of self-regulating and spontaneous orders anticipates Friedrich Hayek – despite being dated in certain respects, most notably when she shows her ignorance about Native America. Central parts of the book remain eerily relevant and meaningful today, especially the sections on credit, humanitarianism, and the educational system. Her pithy, irreverent journalistic style makes this an easy as well as thought-provoking read.

Enjoy some Patersonian quotes from the book related to education:

“Educational texts are necessarily selective, in subject matter, language, and point of view. Where teaching is conducted by private schools, there will be a considerable variation in different schools; the parents must judge what they want their children taught, by the curriculum offered. Then each must strive for objective truth…. Nowhere will there be any inducement to teach the ‘supremacy of the state’ as a compulsory philosophy. But every politically controlled educational system will inculcate the doctrine of state supremacy sooner or later, whether as the divine right of kings, or the ‘will of the people’ in ‘democracy.’ Once that doctrine has been accepted, it becomes an almost superhuman task to break the stranglehold of the political power over the life of the citizen. It has had his body, property, and mind in its clutches from infancy. An octopus would sooner release its prey.”

“A tax-supported, compulsory educational system is the complete model of the totalitarian state.”

“The most vindictive resentment may be expected from the pedagogic profession for any suggestion that they should be dislodged from their dictatorial position; it will be expressed mainly in epithets, such as “reactionary,” at the mildest. Nevertheless, the question to put to any teacher moved to such indignation, is: Do you think nobody would willingly entrust his children to you to pay you for teaching them? Why do you have to extort your fees and collect your pupils by compulsion?”

Amy H. Sturgis earned her Ph.D. in intellectual history from Vanderbilt University, specializes in Science Fiction/Fantasy and Native American Studies, and teaches at Lenoir-Rhyne University. In addition, she contributes the… read more