Nearly 17.2-percent of youths are considered obese, and almost a third are overweight or obese. Since the 1960’s, the number of obese children has nearly quadrupled.

Today, the rate of increase in childhood obesity is slowing, but already-obese children are getting heavier.

This is important. Nearly half of obese children remain obese as adults. Obese individuals spend nearly $2,000 more on healthcare than normal weight adults annually. During the course of a normal lifespan, this equates to about $130,000 in additional costs.

These simple statistics provide a snapshot of the tremendous issues that childhood obesity has on future healthcare spending, as well as the health status of Americans. If BMI continues to rise, healthcare resources will become even more stressed, perhaps requiring significant market (or non-market) rationing.

A variety of federal and state-level public policies have tried to combat this problem. From Michelle Obama’s “Let’s Move” program to the $345 million Healthy Food Financing Initiative (HFFI), the government has attempted to combat childhood obesity with mixed effectiveness.

One major reason for the limited effectiveness of public—often in-school—programs for children is a substitution effect: If parents know that children are receiving proper nutrition and exercise at school, they may be less incentivized to encourage proper behavior (both diet and exercise) when at home.

Imagine attempting to get your child to eat correctly (broccoli, anyone?). You may be willing to put up less of a fight if you know that your child had a reasonably balanced meal while at school, especially if you are located in a “food desert” (an urban area where it is difficult to obtain fresh food, by having to drive more than a mile to a store) or are strapped for time.

This poor diet at home negates the effectiveness of the in-school program. It may simply be easier to provide a side of Doritos than a kale salad.

It all boils down to the Law of Unintended Consequences which states that public programs create unexpected, often harmful behaviors, that can negate the positive impacts of policy.

The private market is innovative and often creates technologies or consumer products with considerable positive externalities, as well as creating many positive (though often unintended) side effects. Niantic’s Pokémon Go application, available on a variety of handheld devices, is another example of this phenomenon. In weeks, it has been downloaded by 100 million users worldwide, with 21 million active users in the United States only a week after its introduction.

One of Pokémon Go’s side effects is that it encourages walking. Hatching Pokémon Eggs, which gives users a chance at a rare Pokémon, requires an individual to walk a certain number of kilometers (2 km, 5 km, or 10 km). To preclude “cheating” and using a car, the speed at which you move to hatch a Pokémon Egg must not go above running speed.

This is important; only half of kids aged 11 to 16 walk more than 10 minutes per day.  Many studies have noted that the reason for not engaging in exercise is that it is neither desirable nor fun. Other studies have found that small lifestyle changes, such as walking an additional 2,000 steps per day (which is about 1.5 km) would reduce childhood obesity by a significant margin (perhaps as much as a third). Hatching one egg per day, at the lowest setting (2 km) meets this minimum standard.

Think about this: public programs are celebrating slowing down the rate of growth in childhood obesity. Private market innovations, if long-lasting, could reduce it.

Another unexpected side effect is that young adults with children, who grew up playing Pokémon themselves, are using the app. These individuals go on walks with their children so that they can collect Pokémon. By taking their children walking with them, adults are being valuable role models and teaching their children that exercise can be fun, an important step toward getting children to continue to exercise in the future.

Pokémon Go inadvertently “nudges” behavior in a way that benefits the health of children. This “nudge” is the unintended consequence, a positive outcome that was not the main goal of Niantic. Notice that such positive side effects often lead to the same outcomes that public policies are aiming for.

However, what Pokémon Go (and other private innovations) does do is remedy some of the negative unintended consequences we see from public policies. This does lead to an inescapable conclusion: without private innovations and their positive side effects, the impact of public policies would be limited. A vibrant, innovative private sector that is secure in property rights is a necessary condition for positive economic developments throughout the world.

Childhood obesity is yet another case that clearly demonstrates this. 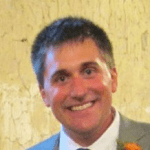 Richard Gearhart joined California State University, Bakersfield in August of 2014, coming from Clemson University in South Carolina, where he earned both his Master’s degree and his Ph.D. in Economics.… read more